What you need to know about Food Addiction

I  provide therapy to patients who are dealing with eating disorders such as Anorexia, Bulimia, and Binge Eating Disorder, as well as disordered eating styles that do not meet criteria for an eating disorder.  These are serious conditions that wreak havoc on patients by affecting their sense of self, their health, their relationships, and their well being.  All of which ultimately diminish one’s ability to participate fully in daily activities.

After a general medical condition has been ruled out, I work with patients in therapy to determine the underlying psychological and emotional causes for their condition.  In addition to the underlying factors contributing to one’s eating disorder, they also serve as powerful coping mechanisms. We associate food with memories, use it to make ourselves feel happy when we are sad, rely on it as a way of showing love for our families, and sometimes even punish ourselves with it. My goal is to help patients understand why they interact with food the way they do, so that we can work together to build a life that doesn’t revolve around food.

It can be helpful to understand why food is so addictive in the first place.  Research has shown that the same pleasure and reward centers of the brain that are triggered by addictive drugs like heroin and cocaine are also activated by food.

Highly palatable foods that are rich in sugar, fat, and salt trigger the release of brain chemicals, like dopamine, that just make you feel good. For some individuals, the neurochemical structure of their brains may predispose them to either being more sensitive to the chemicals released when eating highly palatable foods or less responsive, meaning it takes eating more of the food to elicit the same pleasure response.    Over time, this can override normal feelings of satisfaction, induce cravings, and compel you to eat, even if you’re not hungry. Tolerance can build and despite more food being consumed, the same pleasurable effect is harder to achieve.  Once food addiction occurs, eating becomes the primary source of pleasure and reward and the individual is less motivated to engage in other activities that were once appealing.

It may be difficult to admit to yourself that you have a food addiction, and it can also be hard to identify in others, as there is a significant amount of shame and secrecy around food addiction. Below are some questions that may help identify in an addiction is present.

Food addiction may not look the same for everyone. These questions don’t necessarily indicate that you have or don’t have an addiction, but they can be helpful guidelines. If you think there is cause for concern it is always best to check with a medical doctor and a mental health professional.

Getting Help for a Food Addiction

Once a person becomes addicted to food, it is difficult to stop, despite any rational thinking or negative consequences that occur. It may require medical care, treatment for depression, nutritional counseling and physical training combined. Here are a few organizations which can provide further insights into the causes, symptoms, and treatments for food addictions:

If you or a loved one is affected by a food addiction or an eating disorder, contact my office immediately to set up a session, and let me help you find a path to a better life.

About MySantaBarbaraTherapy.com: Known as The Santa Barbara Therapist, Dr. Adina McGarr-Knabke works with clients who have eating disorders, provides therapy for anxiety, and offers depression counseling as well as alcoholism and addiction treatment services. Her office is located at 1187 Coast Village Rd., Suite 10P in Santa Barbara. Visit the website at https://dradinamcgarr.com to download a complimentary PDF, the “Top 10 Ways to Cope With Depression and Anxiety.” “Like” the Facebook page to receive updates, tips, and information on sustaining good mental health. Appointments may be made online or by calling 818-518-6775. 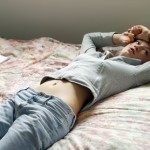 Starvation is the Quickest Way to Slow Down Your Metabolism

Learn what you really lose when you starve yourself.  How it can actually make you gain weight.

In an attempt to lose weight, people often think that by severely restricting their caloric intake they will achieve their goal. Initially, there is some weight loss, but eventually a plateau occurs and even worse, people actually gain the weight back and then some when they go back to their normal eating pattern. Simply put, significantly restricting caloric intake or starving yourself triggers the body to go into “starvation mode” as a means of survival. This means that your metabolism decreases to conserve energy (ie. your body burns less calories).

Many individuals abuse laxatives in the hopes of controlling or losing weight.  This is actually not an effective means for weight loss as laxatives stimulate the large intestine to release its contents, however, food passes first through the stomach and into the small intestine, where most of the calories are absorbed.  Hence, the laxative induced bowel movement contains little actual food, fat, or calories.  The percieved weight loss is actually the loss of water, minerals, electrolytes, indigestible fiber, and wastes from the colon.  As soon as the individual re-hydrates, he/she regains this water weight.

Health consequences of laxative abuse include:

Cathartic Colon Syndrome  (anatomic and physiological changes in the colon that occurs with chronic use of stimulant laxatives. Signs and symptoms of cathartic colon include bloating, a feeling of fullness, abdominal pain, and incomplete fecal evacuation) 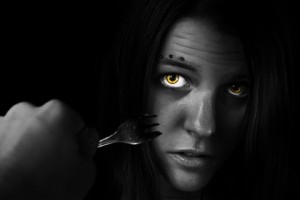 Binge Eating Disorder is characterized as recurrent episodes of binge eating that, on average, occur at least 2 days a week for 6 months. Persons with binge eating disorder feel the compulsion to eat large amounts of food and often feel out of control to stop.  Even when very full, these individuals will continue to eat till to the point of nausea and extreme gastrointestinal distress.

Most people with this eating disorder are overweight and a great number of them are obese, as the compensatory behaviors seen in bulimia (i.e. laxative abuse, vomiting, etc.) are not present in binge eating disorder.  Similar to other eating disorders, shame, isolation, and depression often plague the individual. END_OF_DOCUMENT_TOKEN_TO_BE_REPLACED

Individuals suffering from bulimia find themselves caught in the devastating and addictive binge-purge cycle.  Bulimia is characterized by binge eating followed by harmful compensatory behaviors in an effort to prevent weight gain.  A binge episode is defined as the intake of an inordinately large amount of food, in a discrete amount of time (usually less than two hours), in which the individual experiences a sense of a lack of control over eating.  Inappropriate compensatory behavior to prevent weight gain includes self-induced vomiting, fasting, excessive exercise, laxatives, diuretics, enemas, and/or medications.  Similar to anorexia, the individual is overly concerned with body shape and weight and experiences a distorted body image.

Eating disorders are characterized by severe disturbances in eating behavior.  Statistics show that 80% of individuals who develop an eating disorder began their dysfunctional relationship with food through dieting.   For many individuals, there first attempts at weight loss were positively reinforced by compliments and comments from others.   The onset for anorexia and bulimia is usually during late adolescence or young adulthood.  77% usually struggle with their eating disorder between 1-15 years.
Eating disorders are often a conscious or unconscious coping mechanism, however, they have an addicitive quality that quickly becomes a severe problem in its own right.  Low self-esteem, shame, feelings of unworthiness, lack of control, depression, and anxiety are just a few of the underlying issues that are associated with eating disorders.  Eating disorders fall into the following diagnostic categories: Anorexia Nervosa, Bulimia Nervosa, and Eating Disorder NOS.  There are other forms of disordered eating, such as Orthorexia and Muscle Dysmorphia, however, they have not been included in the DSM-IV and therefore, do not have a diagnostic code.